You don't have any saved vehicles!

Look for this link on your favorites:

Once you've saved some vehicles, you can view them here at any time.

Step 2: Complete “Value Trade-In if you have a vehicle to trade today

Step 4: Setup and Keep your In Store Appointment time

The Mazda Motor Corporation makes Mazda models. Where is Mazda made? This company is based in Fuchu, Aki District, Hiroshima Prefecture, Japan. Mazda has become one of the world’s premier automakers since the start of their famous rotary engine technology. Mazda has been producing sporty and efficient vehicles since the mid-to-late 1900s. Learn more about Mazda, new Mazda models, and more with us at Eddy's Mazda of Lee's Summit today!

The Mazda Motor Corporation was founded in Hiroshima, Japan in 1920, making three-wheeled motorcycles called, “Autorickshaws.” These models were showcased at Mazda-sponsored events in the 1930s, causing the popularity of motorized carts to increase. While Mazda was mainly known for their three-wheeled carts, Mazda’s first passenger vehicle was created in 1940. And as time went on, and more affordable cars were being demanded by drivers, Mazda created their designs for their legendary compact cars and three-wheeled vehicles that lead to the creation, and perfection, of the famous Mazda rotary engine.

What Sets Mazda Apart From Other Brands?

The most notable feature that sets apart newer Mazda models like the Mazda3 and Mazda6 from the competition is new SKYACTIV® TECHNOLOGY. While this means you’ll see less of the rotary engines that gave Mazda their start, this new engine technology provides some of the most powerful and fuel-efficient engines in Mazda models that are hard to compete with. This technology is more than just the engine. It’s the transmission, body and chassis, and more!

Once you decide on the new Mazda model that’s right for you and your daily commute, make your way to Eddy's Mazda of Lee's Summit for a test drive. Find a model with SKYACTIV® TECHNOLOGY or something with a little less power to cruise through Kansas City in. Either way, let us help. Contact Eddy's Mazda of Lee's Summit today to schedule a test drive, learn more about our new vehicle specials, used Mazda3 inventory, available Mazda3 accessories, the Mazda CX-9 towing capacity, Mazda3 tire sizes, or with any questions in the meantime.

By submitting your information through our website, you agree to be contacted electronically including text, email, and phone call.

You don't have any saved vehicles!

Look for this link on your favorites:

Once you've saved some vehicles, you can view them here at any time.

Hello! Send me an email below or call me at 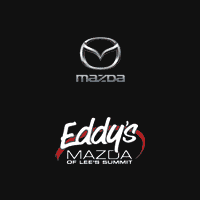